Last week the SQL community and in particular the blogosphere, was buzzing with interest noise following the Microsoft Learning site publishing details of significant changes to SQL Server Certifications.

You know the drill. It’s the usual dance we go through every 5 years or so, where the Microsoft marketing machine spins into action to come up with even more buzz words and acronyms to confuse the life out of all hiring managers. Diminishing further the already futile hope that they have even the slightest idea of what it is that you actually do as a Data Professional.

Alas, I’m not going to talk about what exams you now need to take to achieve which shinny new certification, or what snazzy acronym you now get to have after your name. Plenty of other bloggers have covered those exciting details already. Kendra Little (Blog|Twitter) talks about them here. The comments are certainly worth a look for comedy value, just to see how much confusion these changes to SQL certifications are already generating.

Your Career Focus Is Shifting Has Shifted

What I want to bring to your immediate attention, is the fact that there is no longer a separate Certification path to follow for Database Administrators and Database Developers. These two camps have got a lot of history and have not always played nicely together. That’s all old hat though as far as Microsoft are concerned because these two forces have now been united under a common cause and the banner of Microsoft Certified Solutions Expert (MSCE). Confused?

This is a powerful statement from Microsoft who are essentially saying that they see the future role of the Data Professional as being a hybrid of both Administrator and Developer. Makes sense right, as a lot of us wear both of these hats already. Historically folks have felt the need to consider their core role (DEV or DBA) as being on one side of the fence or the other, as if there were actually some significant divide between the two. Arguably there perhaps was, albeit quite some time ago now. When I think back on my own illustrious professional career, sure I call myself a DBA but I can also work a little DEV magic too, as I imagine most of you can.

I think we all knew this role merging was coming and it probably already has done for quite a few of you. What I think is significant about these events is that Microsoft has now made it official. If you’re currently a DBA who has been ignoring the development side of things, especially when it comes to SQL Azure and the cloud, it’s time for to get your hands dirty or get left behind.

Your Head in the Cloud 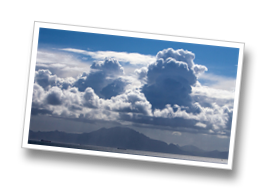 Thanks to the wonder that is the internet, there’s already an abundance of information out there to help you get started with learning how to work with SQL Server in the cloud. With the shift in role focus for the SQL Server Data Professional and the inclusion of SQL Azure on the new examination syllabus, you really need to start sticking your head in the cloud if you have not done so already.

You don’t even need to deploy a database to the cloud in order to get started. Community champion Jamie Thomson(Blog|Twitter) has already done that for you, through his ingenious idea to host the AdventureWorks database on SQL Azure for the benefit of all. Now it’s important to keep in mind that although this is Free for you to use, Jamie generously stuck his hand in his own pocket (no small feat ;-)) in order to make this service offering a reality for the community. A great idea deservers no less than great support, so if you find value in the service be sure to make a donation.

Go forth and stick you head in the cloud….